We have been continuing to enjoy unseasonably warm temperatures in central Pennsylvania.  I’m not complaining.  We had the most gorgeous Easter weather in recent history, with temperatures that were over 80 degrees!  I seem to remember snow on one miserable Easter weekend not too long ago, so I am thrilled about the heat.

We went to church and arrived just a little late.  Usually it’s not a good thing to arrive late on Easter Sunday.  We ended up parking miles away from the front door, but we did find somewhere to sit in the sanctuary.  Church was good, Nate and Ben behaved themselves in the nursery, and the big boys had candy in Sunday school.  Then we went home. 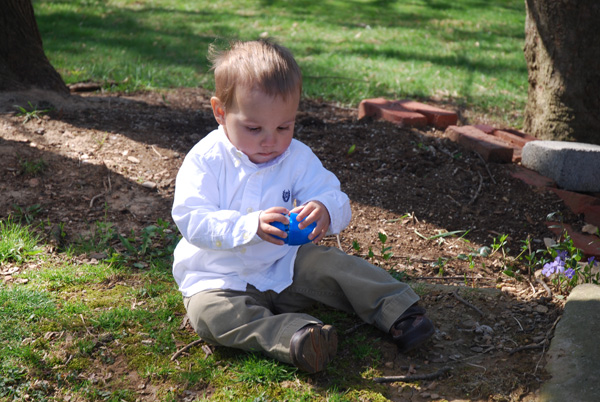 I decided to do a small Easter egg hunt in our yard this year, mainly for Nate.  Since he’s not yet two, I just scattered the eggs around and really didn’t hide them.  But we found that the big boys had trouble finding brightly-colored eggs that were in plain view.  Go figure. 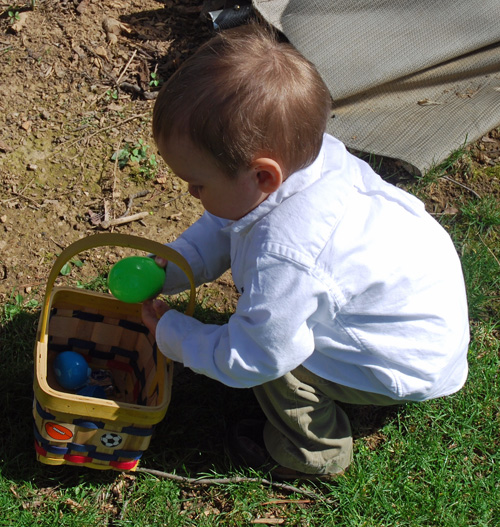 I wondered if the big boys would be interested in gathering eggs, and guess what!  They still were! 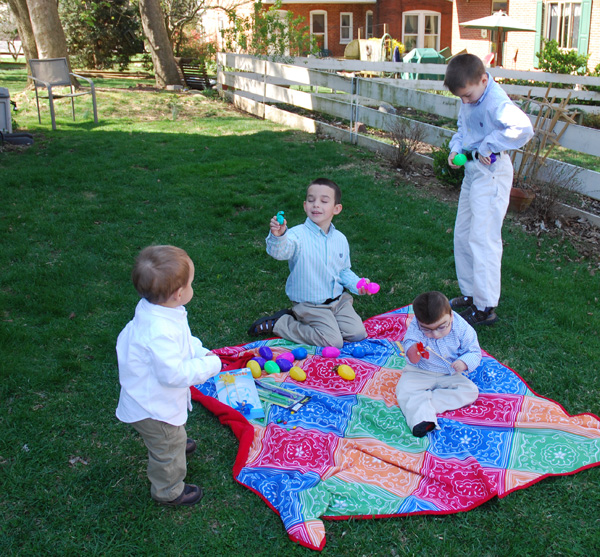 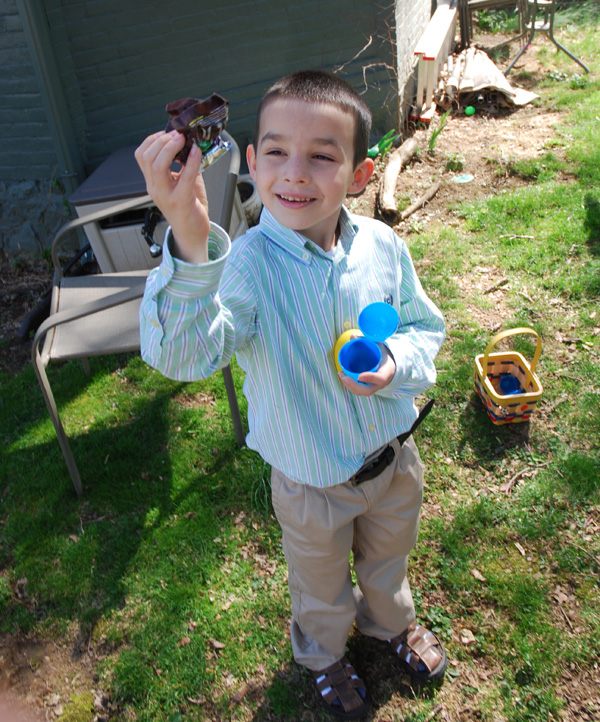 Ben doesn’t eat candy, so we got him an Easter pinwheel instead.

Later that evening, we all went to the park.  We took Isaac’s bike (which he has outgrown) and tried to get the big boys used to the idea of riding without training wheels.  I hope this is the year we finally get them to learn how! 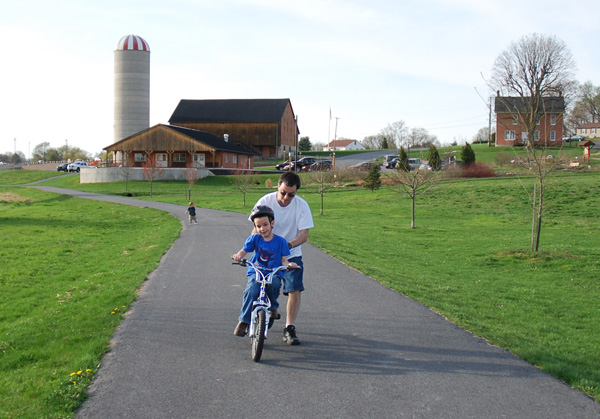 Ben loves being outside.  We’d like to bring his gait trainer to the park the next time we visit.

Nate was fascinated with these railroad ties for a few minutes…and then he became more interested in the small stream that runs through the park.  Why is he always interested in the one or two areas that are unsafe for babies??

I’m not sure why Jonny’s face looks like that.

Because we spent so long at the park (and because I had a great Easter afternoon nap!) I ended up starting dinner late.  The boys had noodles and chicken nuggets for dinner, and Mark and I didn’t eat our Easter ham for dinner until nearly 10 pm!  Oh well.  Maybe I’ll be more organized next year.